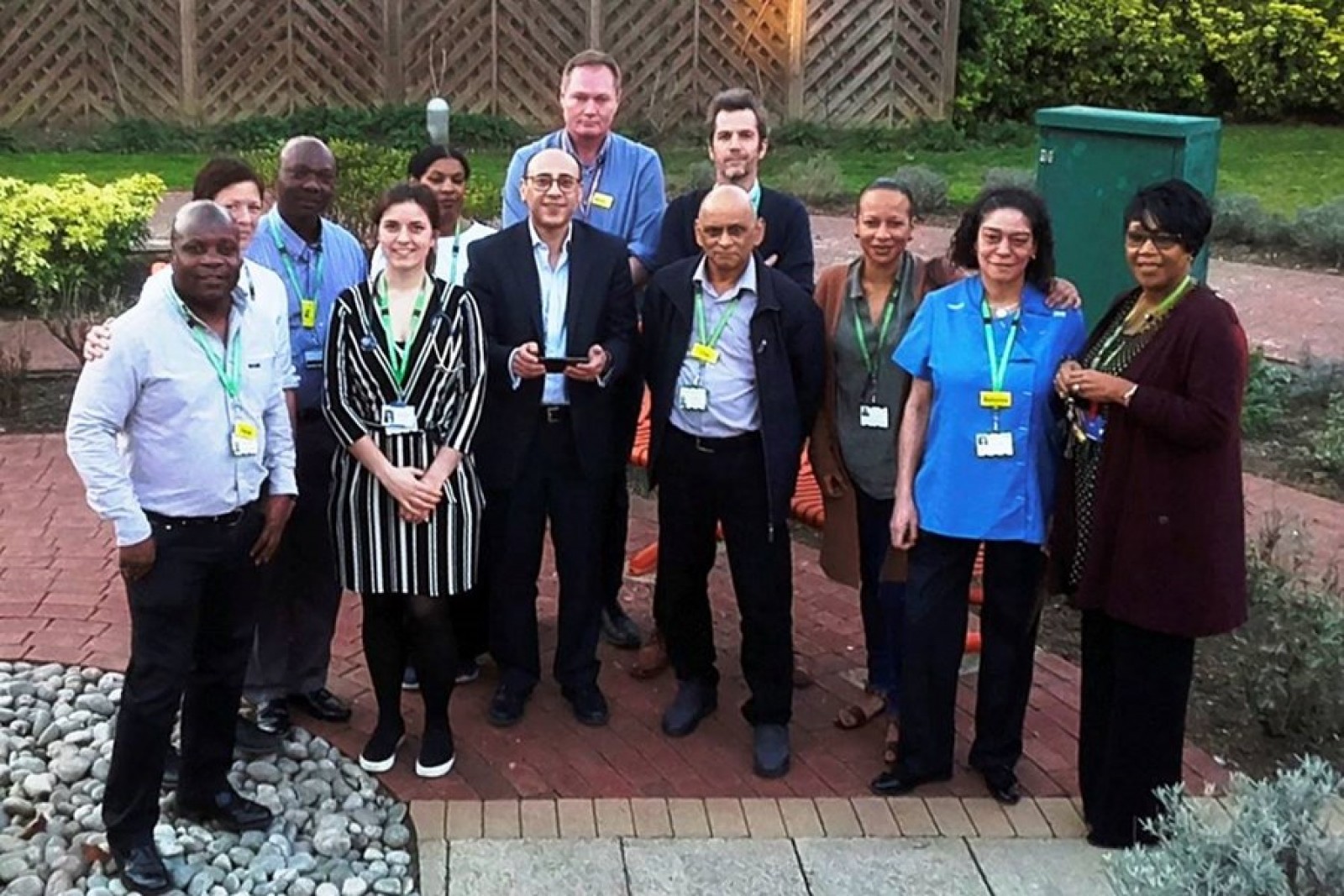 The Mental Healthcare of Older People Services team based at Leadenhall Ward, part of the Tower Hamlets Centre for Mental Health at Mile End Hospital, are celebrating making it through to the final round of the prestigious British Medical Journal (BMJ) Awards for 2019.

In describing the project, The British Medical Journal stated:

‘Older patients tend to stay longer on psychiatric wards as a result of physical comorbidity and complex care needs. East London NHS Foundation Trust—like many other trusts—needed to reduce bed numbers to preserve community services and centralise resources. “We had patients who had been on the ward for years,” says Waleed Fawzi, consultant psychiatrist and lead clinician at the trust.

The team made a number of changes to reduce length of stay and improve the discharge process. “We stopped the weekly psychiatric ward round which can be intimidating for patients. Instead we held a daily management meeting in which all of a person’s needs were discussed by the multidisciplinary team. As a result, doctors, nurses, and therapists had more time to spend with each patient.”

Another initiative was a weekly meeting to discuss the five longest stay patients to identify any barriers for discharge. In 12 months the team reduced the length of stay from an average of 47 days to an average of 30 days and reduced bed occupancy from 77% to 54%. “People with mental health problems generally have poor access to physical healthcare,” says Fawzi. “But because of the amalgamation of wards we were able to pool resources so we had more to offer, such as physiotherapy, intensive occupational therapy, diabetes nurses, and chiropody. The patients are getting much better access to treatment now.”’

The final winners will be announced at the BMJ award ceremony the Park Plaza London on 24 April 2019.