You Cannot Work Alone – This Is A Team Approach 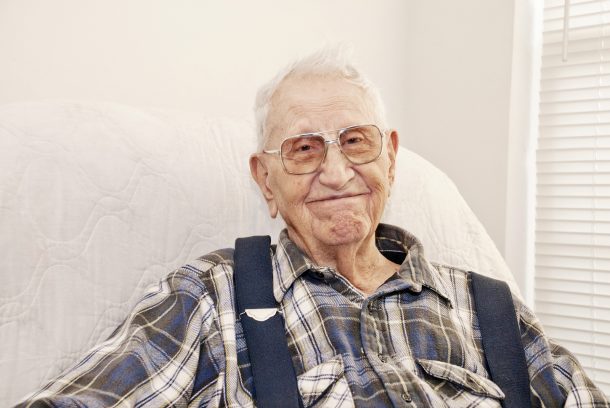 My story focuses on a 72 year old male Alan*, who presented with complex and worrying needs.

I received an urgent referral from Alan’s GP who said that they had carried out a home visit and that Alan was unable to stand up. The history was that he had sat in his chair for 2 weeks without moving. It wasn’t clear what had happened during these weeks or what had led to this situation.

I had met Alan on a previous occasion so I knew a little of his circumstances. I contacted the social worker that had also worked with him previously and we agreed to do a joint visit that day. The social worker invited an occupational therapist from the local authority along too which meant we had the key people with the patient at the assessment.

On visiting Alan, the situation more dramatic than we had first thought. He simply could not stand up and had got into a chaotic situation in his home. We were worried about the risk of pressure sores. He’d been incontinent in his chair; was faecally soiled; had been unable to wash in all this time, and there was debris all around his room as he struggled to manage.

We all felt there was no other option but to arrange a hospital admission to sort him out and look into the causes of this deterioration. However, Alan had other ideas and was adamant about not going to hospital.
It felt impossible. There was no hoist to move him, no equipment and no facilities to diagnose the causes of his situation. But we moved into action and thanks to colleagues across the borough, we made it happen.
We got an emergency hoist delivered the same day and a hospital bed. The social worker arranged home care assistance to clear up the debris and we removed his old bed from the room into a communal area outside his home.

We contacted the ambulance service for assistance in transferring Alan from the chair to the bed. Initially, the ambulance service did not feel the situation met their criteria. They would not be transporting Alan to hospital so did not think that their input was appropriate in the situation. However, we pointed out that without efficiently managing him in his home, he would undoubtedly become an inpatient and that this was a chance to avoid this.

So the amazing ambulance crew assisted and between us all, Alan managed to stand up. We cleaned him up and inspected his pressure areas before transferring him to his freshly made bed. His care continued at home until he was literally, back on his feet!

Not all of this happened in one day but the majority of the actions were, and other actions were implemented speedily. It came down to the health and social care professionals all going the extra mile and not being afraid to operate outside of their role. We all came together to support this gentleman in being looked after where he wanted to be – at home.

Even I was amazed at how, by working together and forgetting the boundaries of our roles, that we pulled it off and avoid a hospital admission. And I must say – it felt good!

*Notes taken from a recording of community stories at a Tower Hamlets Together event on 5 October 2017. Names have been changed