On Thursday 5 July, health and social care organisations in Tower Hamlets came together to mark the 70th Anniversary of the NHS with a garden party at Mile End Hospital. 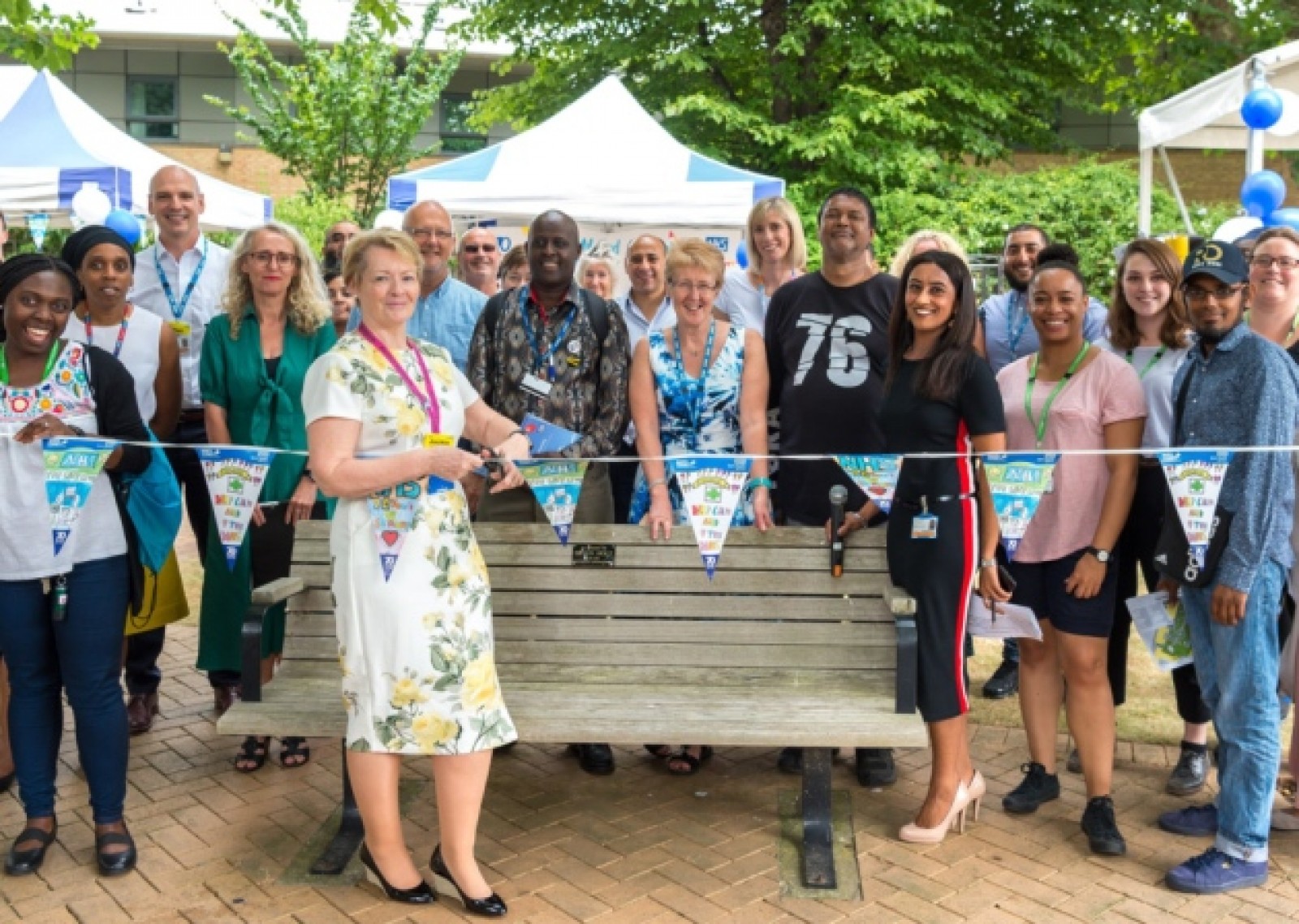 On Thursday 5 July, health and social care organisations in Tower Hamlets came together to mark the 70th Anniversary of the NHS with a garden party at Mile End Hospital.

Mile End Hospital has always played a central role in the care and treatment of Tower Hamlets residents and has evolved to be a hub of community health and mental health services today.

Over 500 service users, staff, ex staff and members of the public came along to enjoy the activities on offer and talk about their connection to the hospital. Some were born there, others remembered being admitted to the wards, ex staff remembered living in the nurse’s home in Burdett House (now offices and consulting rooms) and running through the corridors during the night after their break!

Marquees were erected throughout the garden housing a range of activities. One of the most popular areas was the bicycle smoothies stall where pedal-power blended delicious fruit drinks. People had to work for their smoothie but they didn’t seem to mind queuing for the privilege!

Attendees were able to taste and vote for their favourite cake in the Cake Competition. The judges selected a Lemon Meringue Pie as their top cake, but the People’s Vote put a Vanilla Sponge in the top spot. Bakers had excelled themselves and there was only crumbs left at the end of the day.

Massage Angels were on hand to ease stiff necks and shoulders. Exercise facilitators were also present to get people moving and show how to introduce simple movement into every day life.

There was a picture gallery showing photographs of health care provision at Mile End Hospital and St Clement's Hospital over the years, and short specialist talks took place in the Education Centre from key people involved in health care in the borough.

All in all, there was something for everyone: face painting and children’s entertainment, information stalls about recruitment and stalls about initiatives underway in the borough. As well as a buffet lunch, popcorn, ice-cream and a lot of cake!

The Barts Hospital Radio team kept the event rolling with lively music interrupted by announcements directing people to activities that were about to start.

Everyone came together to hear from the leads of each organisation talking about what NHS 70 meant to them. The speeches were moving and a pertinent reminder of the impact the NHS has on Tower Hamlets and the UK.

Alwen Williams, CEO of Barts Health said she was perturbed to learn that she featured in the archive photo gallery! She spoke of her fondness and strong connection to Mile End having been based there when she led the Primary Care Trust. Richard Fradgley, Director of Integration at ELFT, spoken fondly of his time as a social worker at Mile End Hospital and the pride many felt in carrying on the vision of Nye Bevan, the founder of the NHS. Dr Somen Banerjee, Director of Public Health, talked about the commitment of staff in the borough. He said Tower Hamlets was one of the most deprived areas in the country but had some of the best health results despite this. Chris Banks from the GP Care Group told the audience that he had baked a cake for the first time in decades for the party. He didn’t think his cake had won any prizes but there was none left so that was good enough for him! Chris talked about the evolving role of GPs in healthcare in coming together to address local health needs. Denise Radley,  Director of Health, Adults and Community at the Council, celebrated the way health services and other local services worked together to support individuals and their families.

Dr Sam Everington, local GP and Chair of the Clinical Commissioning Group (CCG), concluded by reminding everyone of the impact the NHS has had on the people of the country. He said he remembered as a junior doctor hearing the story of a Tower Hamlets mother with a sick child knocking on all the neighbours doors to borrow money to be able to call out the doctor - before the NHS was established.

There were two cake competition winners: Clemence Cohen (Lemon Meringue Pie and Jennifer Morris for her Lady on Top cake.  Sue Cawte was the winner of the poetry competition. Her winning entry was read to the assembled crowd. There was laughter all round when the winning raffle ticket was 111 - the NHS non emergency phone number! The day ended with a rousing Bollywood dance which got everyone on their feet.

Dr Sam Everington, Chair of  Tower Hamlets CCG paid tribute to the organisers of the party saying “The atmosphere was fantastic and the joy you gave so many people was incredible.”

Hundreds of people from Tower Hamlets joined staff to celebrate the NHS turning 70 on Thursday 5 July 2018. Here are some pics to mark the landmark day.